Tiruchirappalli GST and Central Excise Commissionerate, with its re-organised jurisdiction has come to in to existence with effect from 01.07.2017, under Central Board of Indirect Taxes and Customs (CBIC, Department of Revenue, Ministry of Finance, Government of India.

This Commissionerate deals with the task of administration of GST & Central Excise Acts in the districts of Tiruchirappalli, Karur, Cuddalore, Perambalur, Ariyalur, Thanjavur, Nagapattinam Mayiladuthurai and Thiruvarur in Tamilnadu State.

It is also a part of Chennai GST and C.Ex Zone which administers GST and Central Excise Acts in Tamilnadu State 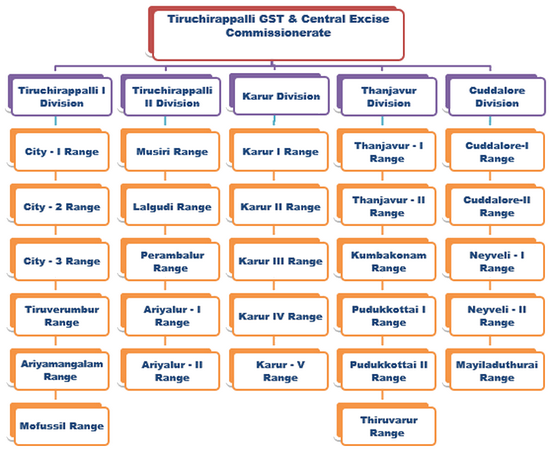 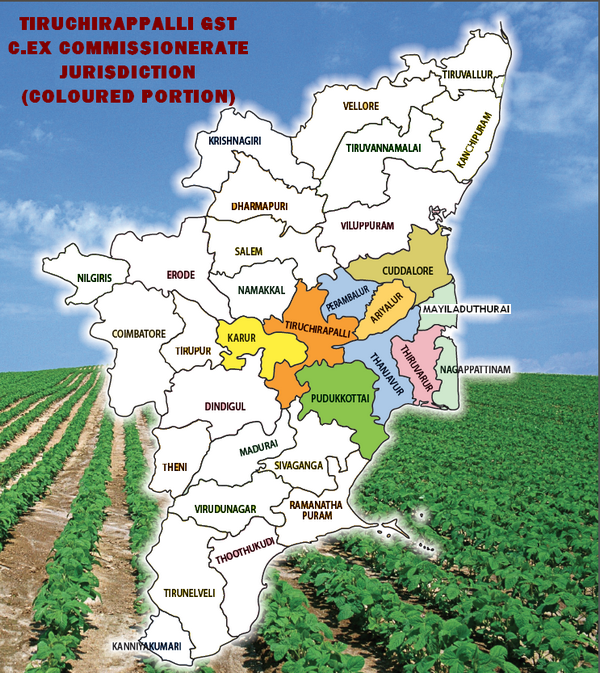 Click here to get the detailed jurisdiction of Commissionerate, Divisions and Ranges